Don’t Write on That Will!

I have seen several cases recently where a person has a will prepared and typed up (some by a lawyer, some using online forms, and some typed by the person), signs it and has it witnessed properly.  So far, so good.  But then, sometime later, the person makes changes to their typed will  by using a pen and simply marking on the typed will.  For example, they may strike-out a specific dollar amount going to a friend or relative, and write in a new amount. This creates problems, and may end up with a result not at all intended!

Problems arise when the testator makes handwritten changes to a typed will.  Generally, the law in Virginia is that handwritten additions or changes to a will are not valid because (1) the will is not wholly in the handwriting of the testator and (2) the changes do not meet the requirements of a typed will, mainly because the changes were not made in the presence of two witnesses (most of the time the testator makes the changes at home with no one around), but there are other possible reasons as well.  If not valid, the handwritten changes are ignored by the court and the will as typed is deemed valid.

Handwritten deletions to a typed will can, under certain circumstances, be valid deletions.  The revocation of wills in Virginia is dealt with by statute, and striking through a portion of the will is one method of revocation.  But even this can be problematic; it may for example be questioned whether the deletions were done by the testator.

A detailed analysis of all possible issues and outcomes involving a handwritten changes to a typed will is well beyond the scope of this post.  Suffice it to say that it can and often does create problems that must be dealt with in court, causing delay and expense for the estate.  Given the importance most people place on deciding what happens to their property, a lawyer should be consulted for the drafting of a will AND changing one!
Posted by Michael Whitlow at 3:19 PM No comments: 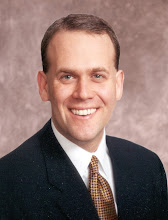